Posted on June 6, 2011 by webmasterchuck 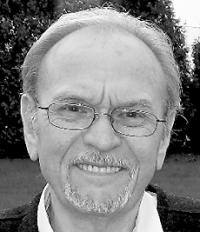 Thanks to John Lorimer for alerting me of Tom’s passing on March 3rd. The following is Tom’s obituary that appeared in the Madison papers on Sunday, March 6, 2011, ChuckR
=========================
Obituary for Thomas Jett Werndli
Madison
 
It is with a heavy heart that we say goodbye to an extraordinary husband, father, grandfather and friend, Thomas Jett Werndli. Tom lived life with a quick wit and a wry smile.

He was born to S. Raymond and Kathryn Adele (Alexander) Werndli on Dec. 28, 1940. He graduated from West High School in 1958 and worked in the family business, the Littel Printing Company, until he retired in 2007. He married Carol Lynn Swensen in 1966, with whom he enjoyed nearly 45 years of marriage.

While raising his family, Tom enjoyed many activities, most notably his bowling league where he shared many evenings with great friends. In their retirement, Tom and Carol enjoyed spending weekends at their lake home in Oxford, where they relaxed by the water. They also had fun playing cards and dining out with many good friends. Most of all, Tom enjoyed spending time with his family. He was an amazing father and grandfather who loved his four grandchildren and even his grand-dogs.

Tom was a selfless person who took amazing care of his wife, Carol during her many health issues over the years. Most recently, he took her to dialysis three times a week for more than a year until she was able to receive a kidney transplant only three weeks before his death, when he succumbed to cancer on Thursday, March 3, 2011.

Tom is survived by his wife, Carol; his children, Todd (Jae) Werndli and Becky (Ted) Broering; his four grandchildren, Alex and Maggie Werndli and Sam and Sophie Broering; his sister, Barbara (Joe) Shepherd; and many nieces and nephews. He was preceded in death by his older brother, Alan; and his parents, Raymond and Kathryn.

Tom was a true character and was well loved by all of his family and friends. A hero to his family, he will be deeply missed by all who knew him, though we are all grateful to have had him in our lives.

There will be a visitation at CRESS FUNERAL HOME on Saturday, March 12, 2011, at 3610 Speedway Road in Madison, beginning at 1 p.m. with a service planned for 3:30 p.m. After the service, all guests are invited to a buffet at the West Side Club, 37 S. Junction Road, at 5 p.m. to celebrate Tom’s life. In lieu of flowers, memorials may be made to the the National Kidney Registry (kidneyregistry.org) or the UW Foundation-Carbone Cancer Center (uwhealth.org/cancer or mailed to US Bank Lockbox 78807, Milwaukee, WI 53278).

This entry was posted in Classmate Obituary Notices. Bookmark the permalink.